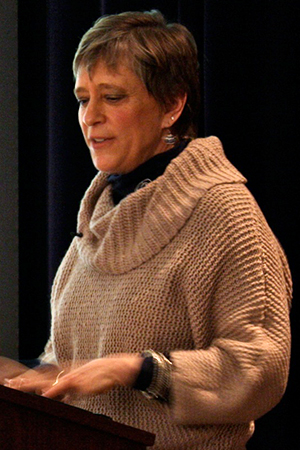 Karen Schuckman is an Assistant Teaching Professor at Penn State University, teaching remote sensing and geospatial technology in the online programs offered by the John A. Dutton e-Education Institute. She has been teaching at Penn State since 2007, prior to which she worked extensively in private industry as a photogrammetrist and GIS consultant. She also serves as a Program Manager for the American Society for Photogrammetry and Remote Sensing (ASPRS).

As the Geospatial Technology Leader at URS from 2005 - 2006, Karen supported response, recovery and mitigation projects following Hurricanes Katrina, Rita, and Wilma. From 1995 - 2005, she was with the EarthData group (now Fugro EarthData), where she held several positions including geospatial applications director for EarthData Solutions, senior vice-president of EarthData Technologies, and president and general manager of EarthData International of North Carolina. Notable projects led by Ms. Schuckman for EarthData include lidar acquisition for the North Carolina Floodplain Mapping Program, numerous transportation mapping projects for state DOT's, and technology demonstration projects for NOAA, NASA and the US Department of Transportation.

Prior to joining the private sector, Karen worked for the USGS National Mapping Division in Menlo Park, California. She has served as President of the ASPRS from 2005-2006, vice-chair of the NOAA Advisory Committee on Commercial Remote Sensing (ACCRES), member of the National Research Council's Committee on Floodplain Mapping Technologies and the Committee on FEMA Flood Maps. She is an ASPRS Certified Photogrammetrist (CP), an ASPRS Certified Mapping Scientist-Lidar, a Professional Land Surveyor (PLS) licensed in North Carolina and Virgina, and she also holds a BS degree in Meteorology and a Masters in Geographic Information Systems from Penn State University.

Karen attended Penn State as an undergraduate and was a member of the Women's Gymnastics Team from 1974 - 1979, winning individual national championships in All-Around, Floor Exercise and Vaulting, and was Penn State's first female All-American athlete. She is married to former Southern Illinois University gymnast, Mark Davis, and lives in Centre Hall, PA.