“I Can’t Breathe”: International Responses to the BLM Movement 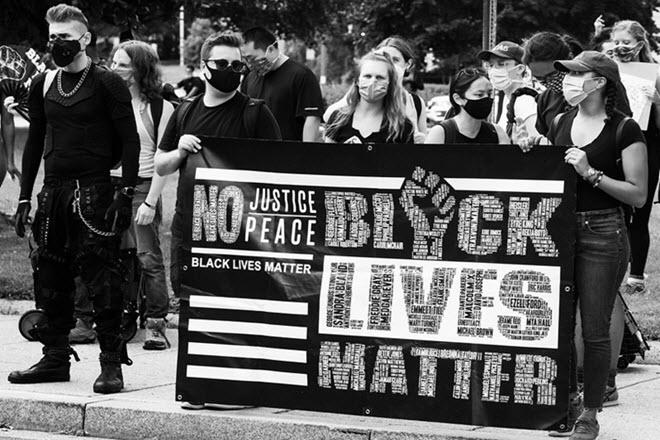 This module is intended for students interested in having a global perspective on the impact of George Floyd's death and the Black Lives Matter (BLM) movement. Students will survey BLM in the U.S. context and its international iterations around the globe by addressing the complexity of race in relation to social justice, political oppression, and the role of the media and technology. Through the assigned materials, students will grasp the ways in which racism manifests across cultural contexts and local histories, with particular attention to the regions of Central Europe (Germany and France), East Asia (China, South Korea, and Japan) and Latin America and the Caribbean (Mexico, Colombia, Brazil, Haiti, and the Dominican Republic).

You can download the resource files here: “I Can’t Breathe”: International Responses to the BLM Movement

Ibis Sierra Audivert is a dual-title PhD candidate in Spanish and Visual Studies at the Pennsylvania State University and an instructor in the Spanish basic language program. Her research work and academic interests include gender and sexualities, postcolonial discourses in Latin America and the Caribbean, Latinx and black feminisms, and media studies. For her doctoral project, she focuses on the cinematic and literary representations of sexual minorities in Latin America and the Caribbean by addressing questions of body politics, materiality and the aesthetics of Neobaroque.

Hannah A. Matangos is an inaugural candidate in the dual-title PhD program in German Literature & Culture and Visual Studies at the Pennsylvania State University. Her work looks at the intersection of art and technology in the German context and beyond. She especially focuses on the ways in which visual technologies, such as those of photography, cinema, and even video games, have changed the way we perceive and interact with the world. During the academic year, Hannah teaches undergraduate courses in the German basic language sequence and literature.