Sugar and Servitude: The Taste of Color

Credit: Kara Walker's "A Subtlety" by metacynic is licensed under CC BY 2.0

This module provides resources for teaching about the artistic practice of Kara E. Walker and its interrogation of whiteness and race. Materials also support teaching an overview of the history of the production, consumption, and meanings of sugar, particularly as that history has contributed to the Transatlantic slave trade and continues to depend upon coercive labor practices in the U.S. and globally. Included is a list of artworks produced by Walker that touch specifically on sugar and links to videos of the artist describing aspects of her practice; academic and literary texts that can inform students' ability to read Walker's complex visual texts; discussion questions and classroom activities to further their engagement with the material; and ideas for culminating projects.

You can download the resource files here: Sugar and Servitude: The Taste of Color 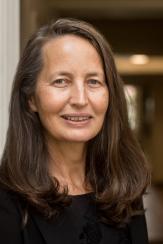 Sabine Doran is an Associate Professor of German and Jewish Studies at Penn State. She works at the intersection of literature, visual culture, and Holocaust studies. Dr. Doran's research focuses on color and its relation to theories of race, material history, and religious thought. Her first book, The Culture of Yellow, or, The Visual Politics of Late Modernity (Bloomsbury, 2013), explores the cultural significance of yellow as a color of stigma. 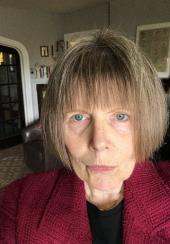 Robin Bower is an Associate Professor of Spanish and Comparative Literature at Penn State Beaver. A medievalist, Bower's primary research area is the emergence of vernacular romance verse in the Spanish Kingdoms of medieval Spain, particularly as those forms engage with inherited Latin traditions through remembrance, contestatory citation, and disavowal. Her interest in the politics of cultural memory extends to contemporary texts, as well as to this project. Her book, Making Saints of the Past in Medieval Iberia, is currently under review.