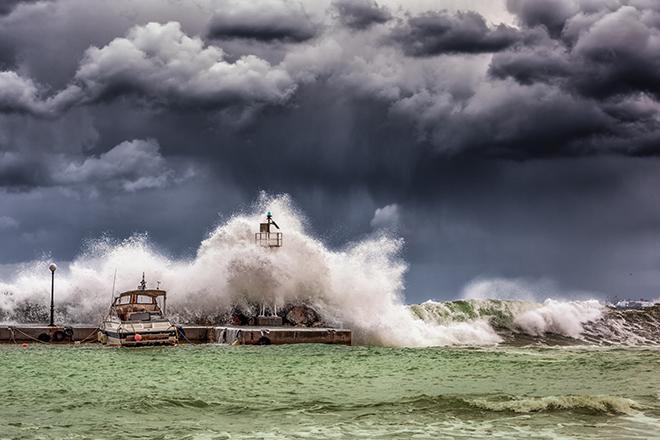 Credit: Big Waves Under Cloudy Sky by GEORGE DESIPRIS is free to use

Benjamin Franklin is credited with saying, "Some people are weatherwise, but most are otherwise." Ol' Ben understood that weather can have a great effect on our everyday lives, and he knew the importance of having an understanding of what makes the atmosphere work (and not just knowing when it's safe to fly a kite). In METEO 3, we will examine all aspects of the weather. You'll learn the fundamental processes that drive the atmosphere, along with some of the tools we use to measure those processes. You'll also learn about large-scale weather systems, severe convection, tropical weather, and climate change. As a result, you'll be a better consumer of weather information and forecasts. So... do you want to be weatherwise?

You can view the entire resource here: Introductory Meteorology

You can download the resource files here: Introductory Meteorology 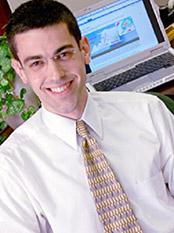 Steve Seman is an Assistant Teaching Professor of Meteorology and Atmospheric Science at Penn State University. Like many meteorologists, he knew that he wanted to study the atmosphere from a very early age. After finding an old cloud chart around age 5, he was hooked. When traveling, he would always stare skyward out the car window to see if he could figure out what kinds of clouds were in the sky, and darkening skies due to imminent thunderstorms filled him with both terror and wonder. After growing up in Findlay, Ohio, he earned his Bachelor of Science degree in Meteorology from Penn State in 2003 and his Master of Education in Adult Education in 2009.